Alyona Alyona (ua), Inhaler (ie), Julia Bardo (it), Lous and the Yakuza (be), Melenas (es), Rimon (nl), Sassy 009 (no), Vildá (fi) are the winners of the Music Moves Europe Talent Awards 2021. The Public Choice Award 2021 went to Ukrainian rapper Alyona Alyona as was publicly announced by the European Commissioner for Innovation, Research, Culture, Education and Youth, Mariya Gabriel. This annual EU prize for popular and contemporary music co-funded by the Creative Europe programme celebrates emerging artists who represent the European sound of today and tomorrow.

Winners of the first 8 awards were selected by an expert jury consisting of Wilbert Mutsaers, Julia Gudzent, Katia Giampaolo, Huw Stephens and honorary jury member Naaz (Public Choice Winner 2020). Each winner of this first category is awarded a monetary prize of €10.000 which includes a business support package provided by the partners of the prize. This package consists of career-advancing services provided by these organisations. As the winner of the Public Choice Award, Alyona Alyona receives an extra €5.000 and is invited to do a filmed live session at the Deezer studios in Paris.

Compared to Anglo-American music, the total percentage of music originating from continental Europe is relatively small. The Music Moves Europe Talent Awards are designed to accelerate the international careers of upcoming European artists.

Music is one of the most popular forms of art, widely consumed, and a vibrant expression of Europe’s cultural diversity. Music Moves Europe, the overarching framework for the European Commission’s initiatives and actions in support of the European music sector aims to help the music sector flourish. In line with this approach, the Music Moves Europe Talent Awards, co-funded by the Creative Europe programme, the EU funding programme for the culture and audiovisual sector, wants to contribute to the creativity, diversity and competitiveness of the music sector in Europe. 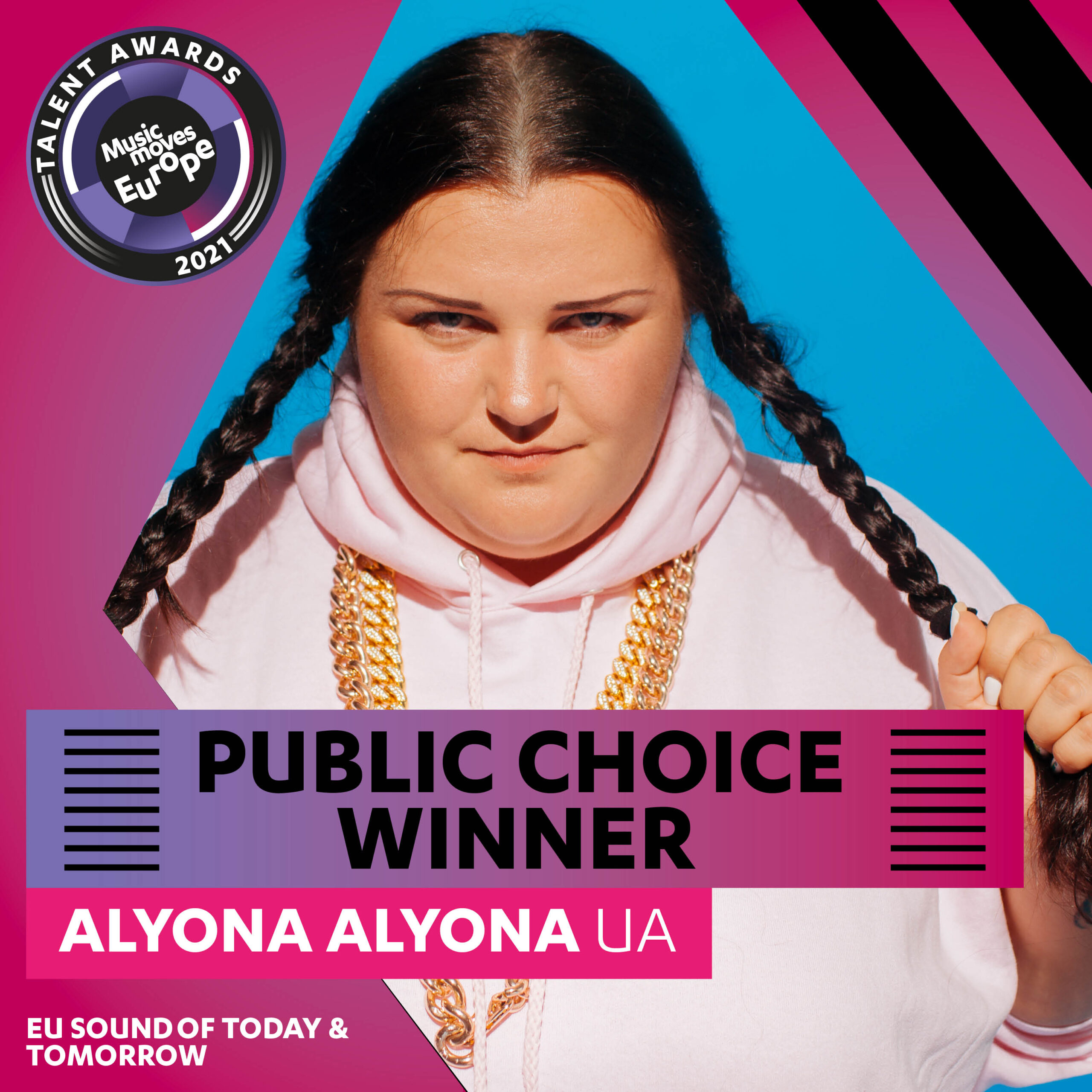