Time to put words into action!

Europe’s cultural and creative sectors were among the first and hardest hit by the unprecedented COVID-19 crisis. They will also be among the last. Across Europe, almost all cultural activities have been cancelled or postponed indefinitely, while venues and retailers have closed with disastrous consequences for all creators’ and cultural and creative professionals’ livelihoods, as well as the ecosystem as a whole. Millions of jobs are on the line.

In its Resolution on how to combat the COVID-19 crisis and its consequences, the European Parliament rightly underlines that the cultural and creative sectors “have been hit especially hard by the fallout from the COVID-19” and “calls for the EU and the Member States to provide support to the cultural and creative sectors as they play an important role for our economy and our social life and are severely affected by the current crisis”. Commissioners, Ministers and MEPs are also regularly stressing the vital importance of protecting and supporting the cultural ecosystem and creators all over Europe, to ensure that they can continue to create and invest – for the enjoyment of all Europeans, both during and after the crisis.

So far, the EU has provided much-needed financial support to Member States to protect jobs, workers and businesses affected by the coronavirus pandemic, but has failed to adequately address the specific needs of our sectors. The Cultural and Creative Sectors, which stand at €509bn in value added to GDP and over 12 million full-time jobs (7.5 % of the EU’s work force), must be considered as priority sectors and benefit from ambitious budgetary measures. Only a limited number of countries have introduced broad furlough compensation schemes while the majority of professionals working in the cultural and creative sectors were put on unpaid leave as very few employers have the means to continue paying salaries or compensation without state support. In addition, our sectors have a much higher than average percentage of self-employed workers with little to no access to social benefits who find themselves in extremely precarious situations as they are left without resources.

As the European Commission is due to propose a new long-term EU budget and recovery plan, it is now time to put words into action. The undersigned organisations from across Europe’s cultural and creative sectors are calling on the EU:

• To propose an ambitious budget for the future Creative Europe Programme 2021-2027 – the only EU framework Programme specifically dedicated to the cultural and creative sectors – which represents today a mere 0.15% of the overall EU Budget. The European Parliament’s proposal for a budget of €2.8bn should be considered the absolute minimum for a Programme commensurate with the sector’s contribution to the EU economy and wellbeing, and with its needs and challenges in these times of crisis.

• To ensure that the cultural and creative sectors, are included as priority sectors in the EU’s planned Recovery Fund, with sector specific funding. Our sectors are among the hardest hit, and our interconnected value-chains are fragile – if they are to get through the crisis, especially SMEs, urgent support is needed, including liquidity/cash flow measures leading into 2021.

• Boosting the EU’s loan guarantee facility for the cultural and creative sectors under the future 1 European Parliament resolution of 17 April 2020 on EU coordinated action to combat the COVID-19 pandemic and its consequences (2020/2616(RSP)) Invest EU programme, with increased budget, guarantees and flexibility. Loan guarantee instruments have a demonstrated trigger effect on investment, which is urgently needed in these difficult economic times.

• To ensure that a meaningful part of the EU funding is also deployed to support the livelihood of creators, creative workers and freelancers throughout this unprecedented crisis.

In these hard times, as the contribution of Europe’s cultural and creative sectors to the social, economic and artistic development of Europe couldn’t be more tangible, yet our sectors find themselves in danger of partial collapse, it is more important than ever to preserve and support Europe’s arts, culture and heritage and the values they promote. 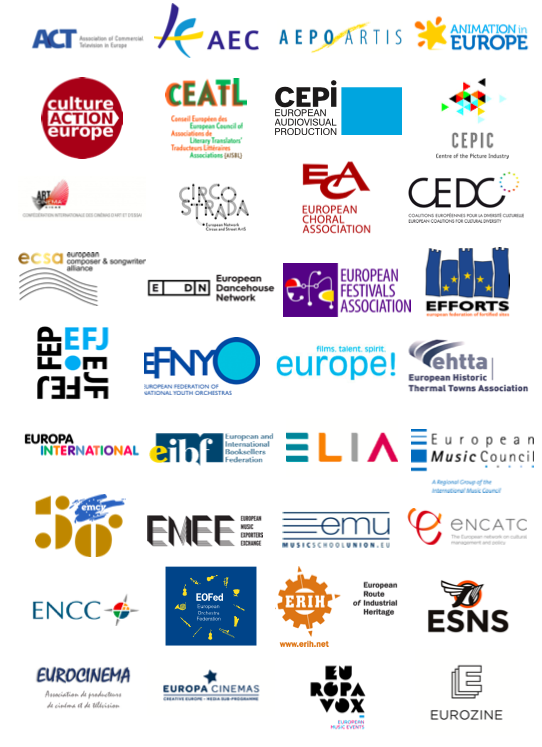 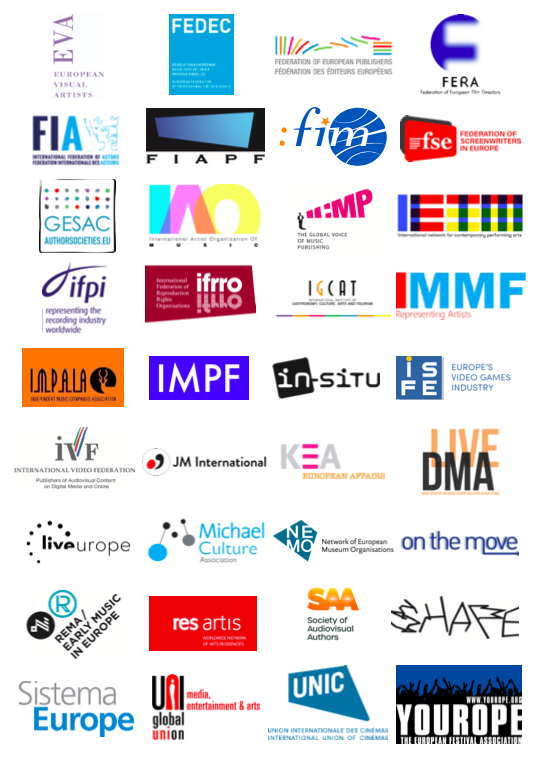