France’s internet penetration rate stood at 93.0 percent of the total population at the start of 2022.

Due to the sharp fall in live sector earnings due to the COVID crisis, the estimation for the past two years is as follows: 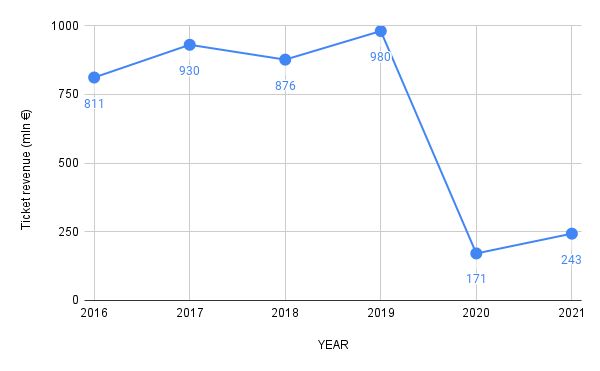 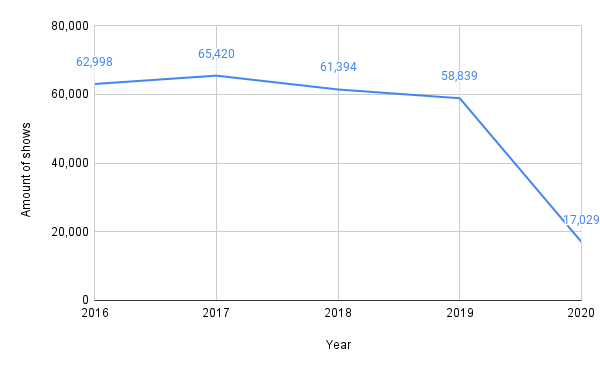 Pop, rock music is representing the biggest market share in attendance and revenue. 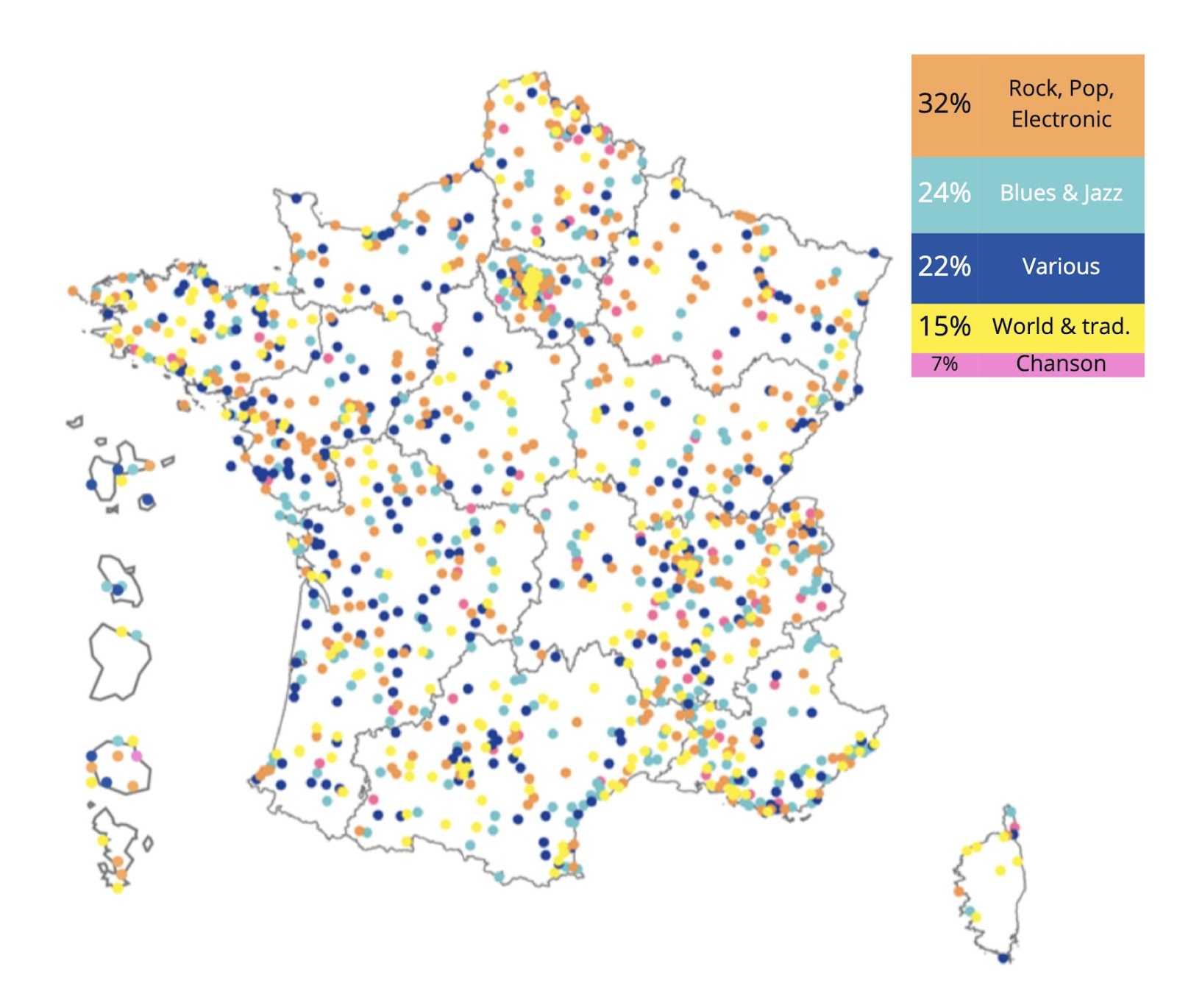 There are many different kinds of clubs and venues for music in France operating through various funding and business models. The exact number is not known, but FEDELIMA, a “national network gathering places and projects dedicated to popular music all over France”, has 157 members. FEDELIMA conducts yearly surveys about various aspects of their members’ activities and profile.

There are a series of 17 modular venues in various French cities labeled Zénith. These can accommodate concert tours as well as other performing arts formats, such as plays, musicals and dance recitals. All Zéniths feature similar internal design of an indoor amphitheater that can seat at least 3,000 spectators (Source: Wikipedia). In 2019, 3 million tickets were sold to music events across all the 17 Zénith venues (source: CNM). Information (including capacity and links) can be found on the Wikipedia page Le Zénith - Wikiwand

“It was in 1981 that the Ministry of Culture, under the aegis of Jack LANG, opened its doors to rock and, more broadly, to popular music. The ministry's policy then aimed to make known the richness of today's music. In liaison with the artists and the profession, the ministry entrusted a study to Daniel COLLING for a large capacity room in Paris.

The Zénith sprang from an idea, obvious, like all good ideas: to design a room specially adapted for these types of music. It materialized with two architects, Philippe CHAIX and Jean Paul MOREL, who, with entertainment professionals, invented the concept of ZENITH.

The Zéniths are designed and built to allow the presentation of various productions to a large audience, in optimal technical conditions. Inspired by the amphitheater of ancient Greece, the Zeniths are modular multi-functional venues:

The acoustics of the Zénith rooms are designed to allow optimal reproduction of amplified music."

The venues are owned by public bodies, but are operated by private organisations. The shows are organized by live producers who hold a live producer license and not by the companies that operate the Zeniths. 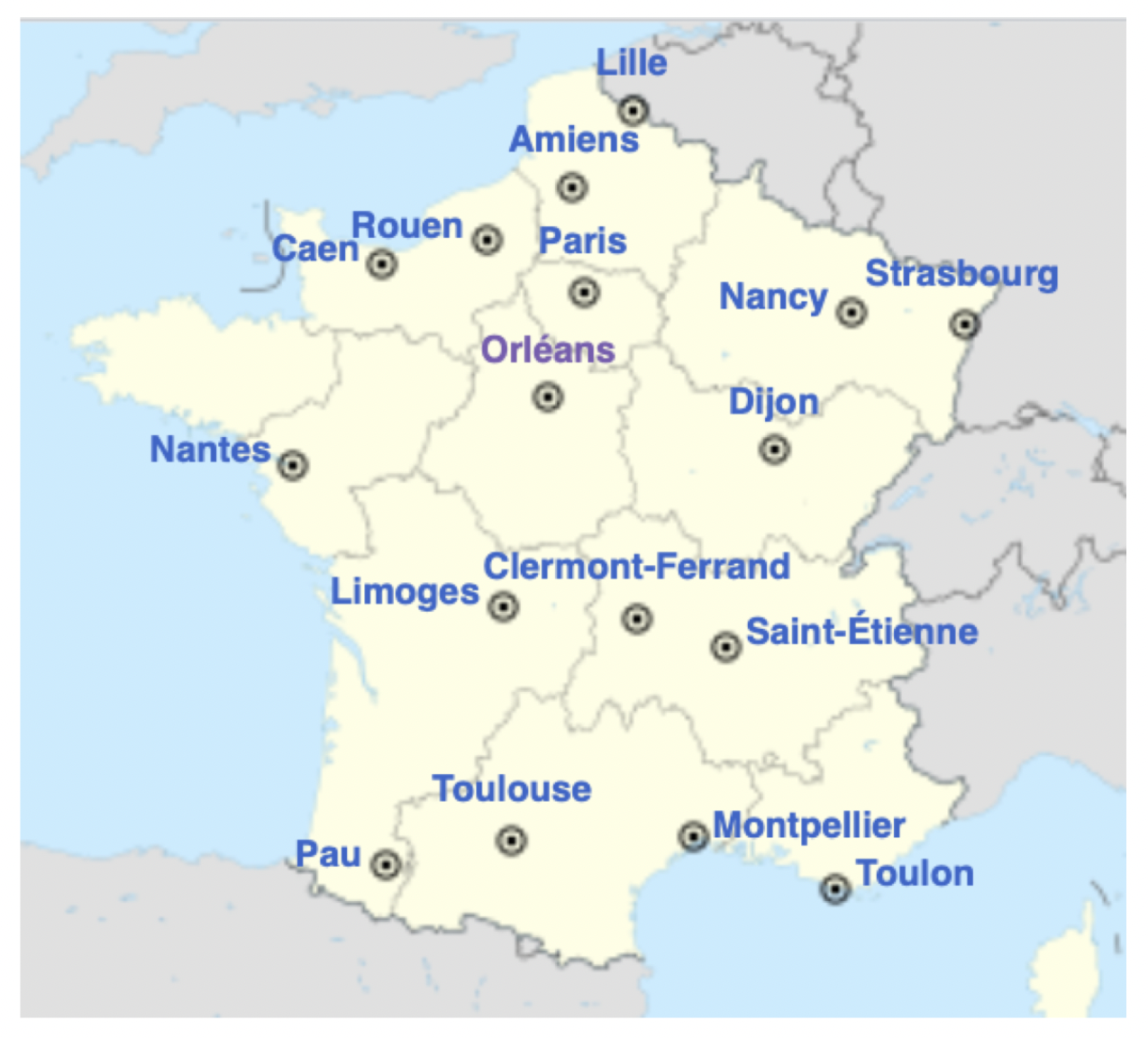 SMAC stands for Scène de musiques actuelles and is an official label for venues with certain capacity and profile. The SMAC label, created by the French government in 2017 is awarded to cultural organisations focused on developing “popular music” in the broadest terms (in French the term is musique actuelles, perhaps best translated as contemporary music, but is taken to exclude classical academic music).

SMAC venues will also pay particular attention to the principles of:

There are 89 SMAC venues with 300 – 2 000 seats capacity in France. In total, the SMAC labeled venues across the country offer nearly 6,000 public performances and bring together almost two million spectators each year.

There is a dynamic map on the French Ministry of Culture websites with all SMAC venues linked: Carte des scènes de musiques actuelles 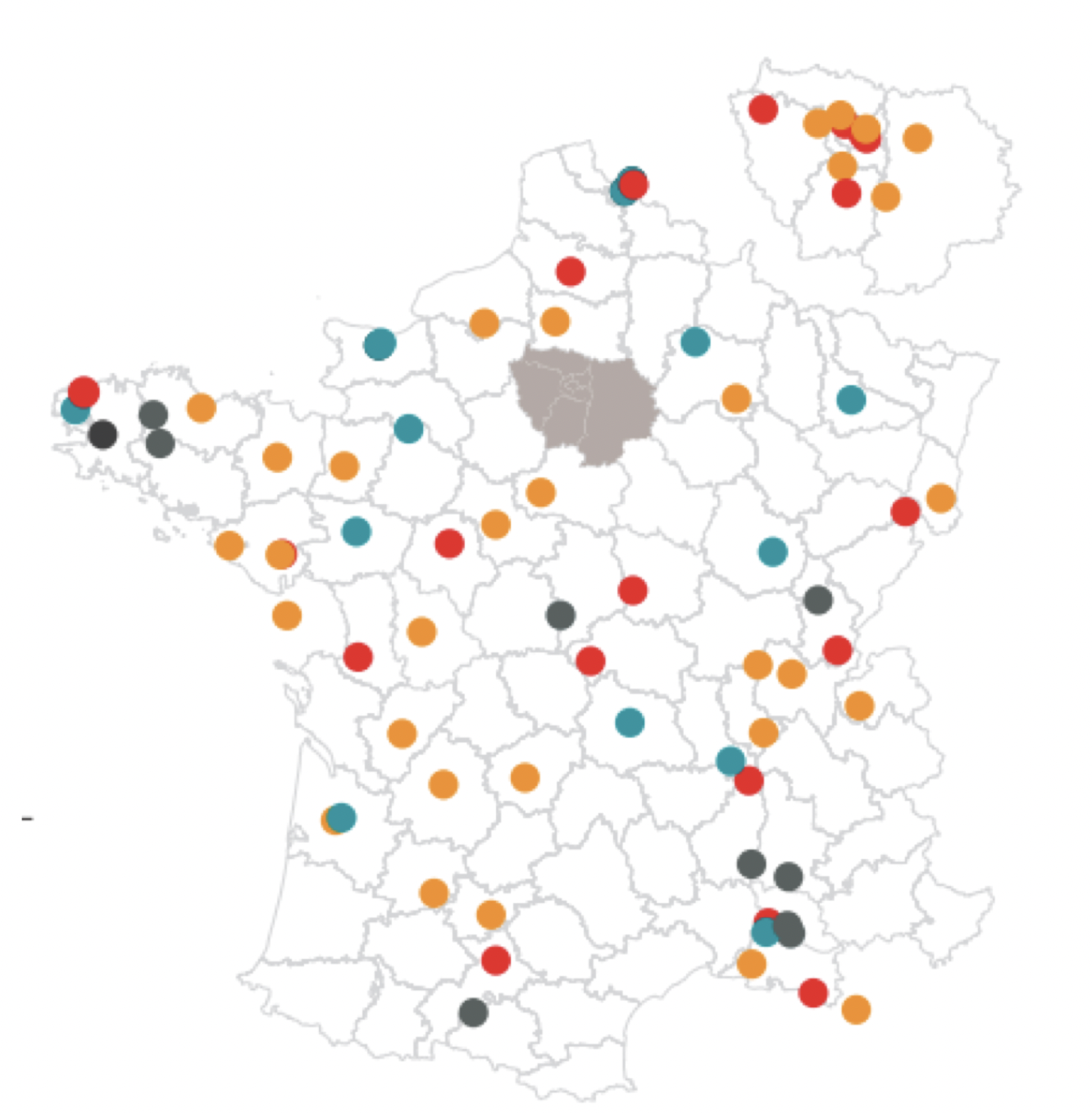 A selection of live music companies

There are many companies of various size and profile operating in France.

Lagardère Live Entertainment, a group including venues and production companies, such as Folies Bergère,

A selection of independent agencies

Companies working in the 360 model

Based on the figures from SNEP, the French recorded music market size (wholesale value) in 2021 was €861 million, an increase of 14.3% from €753 million in 2020. The market grew in all segments: digital consumption, physical sales, licensing of nighbouring rights through CMOs and synchronisation. The largest market segment is digital consumption, but surprisingly the segment that grew the most from 2020 to 2021 was sales of physical records (+21%).

What is the structure and main trends of digital music market in FRANCE?

Digital sales and consumption is now the leading market segment in the French recorded music market, having grown five times over the past ten years, from €110 million in 2011 to €506 million in 2021.

Streaming is the dominant source of digital revenue (97,2%) and among streaming it’s the audio subscriptions that make up the bulk. While most of the streamers are young (between 16-34 year old make up 53%), the share of older segments of population streaming music has grown, indicating the audio streaming is gradually becoming the mainstream way to listen to music across all population age groups.

With 10 million paid subscriptions, up 39% in 2 years, usage brings together more than 14 million premium users (including family account users). Add the freemium offer users, there are now 22 million music and video streaming users in France.

The market share of digital streaming services was led by Deezer up to 2019, after which it is estimated that Spotify has taken the lead 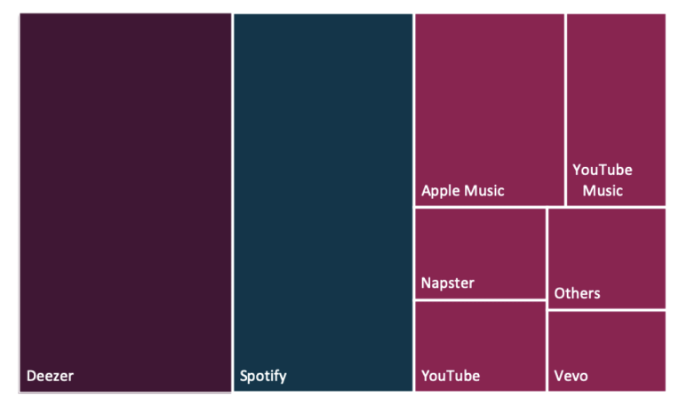 What is the structure and main trends of physical music market in FRANCE?

Based on SNEP report [link or ref]

In 2021, the physical music market experienced a spectacular rebound compared to the previous year, for the first time since the early 2000s. The physical sales, comprising both CD and vinyls, still represents nearly 30% of music sales in France with an increase of 21% from 2020.

This dynamism is due to a still solid and diverse French distribution network but also by the spectacular development of online sales. The share of e-commerce now represents1/3 physical sales, i.e. an increase of 14% in 2 years, generated by the boom both on brand websites (Fnac.com, Amazon.com, etc.) and in artist boutiques.

Vinyl sales have grown steadily over the past years, reaching 5,2 million units sold in 2021 and bringing in revenue worth €78.9 million.  This growth is led by young consumers with people under 35 (51%) among vinyl buyers.

What kind of (recorded) music are French audiences listening to?

French (produced) music holds a strong market position with 83% of the top 200 best selling albums in 2021 being French production. It is useful to note, that in France, the concept of “produced in France” also includes artists from elsewhere, but signed to French labels and being released by them.

Who are some of the main recorded music companies in FRANCE?

The three major music companies and their subsidiary labels active in France are:

Some of the independent labels in France are: